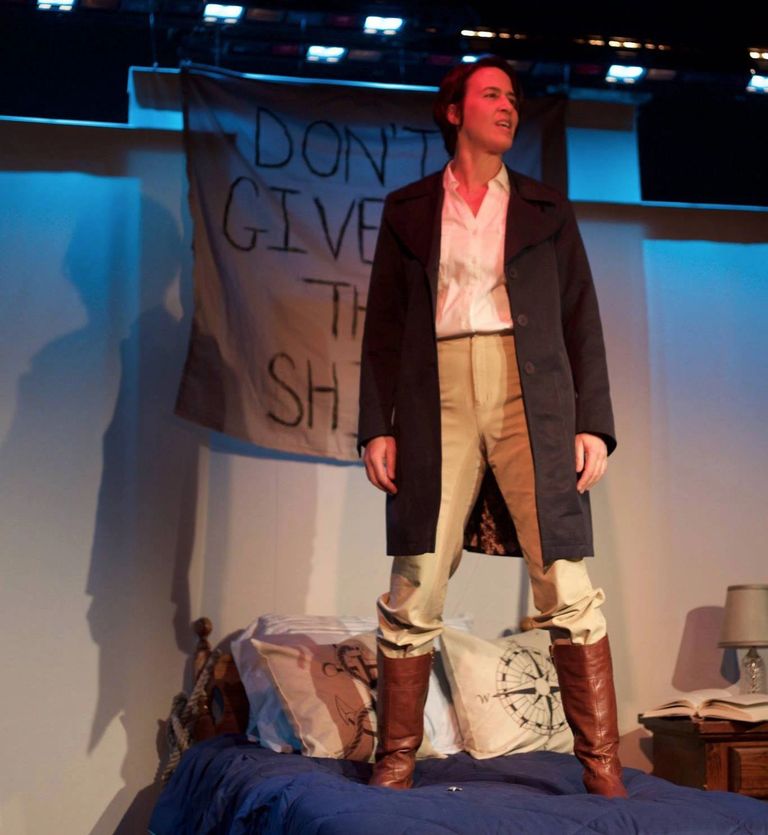 Alex Alexander is a Massachusetts actress who spent most of her adult life in San Francisco & acted with many companies there. She is still an active member of the San Francisco Bay Area improv group Barewitness Films  www.barewitness.com . Most recent work is as Bailey in Assigned Female At Birth . AFAB is a web series on you tube created by Lyralen Kaye from interviews with 32 trans, non-binary folks as well as cis women of all identities, races, abilities & ages. https://www.youtube.com/c/AnotherCountryTV/featured  The past year has also brought other interesting online projects such as Hello, Again by Judy Lee in The Quick Quarantined Play Festival https://www.youtube.com/watch?v=G5fBPHyxBWE,  a reading of Random Access Memory by Erin Lerch with TC Squared on VolumeUp https://www.youtube.com/watch?v=JyRZv-cbhXM&feature=emb_logo, a TNT festival reading of No More Therapy by Lyralen Kaye and Amy West and a sci-fi podcast The Legion Tapes by Erin Lerch. https://www.thelegiontapes.com/ Alex’s last stage performance was as the Demon - the inner voice of addiction in the play Recovery by Anne Lucas at Marblehead Little Theatre. In the Boston area she has worked with Exiled Theatre on The Wasteland, Fresh Ink Theatre Company as Diana in Don’t Give Up The Ship, Company One & TC Squared on the development of Shrike and has participated in the Boston Theatre Marathon. She has also performed on the North Shore with Salem Theatre Company, Marblehead Little Theatre & Mugford Street Players. Although Alex has a passion for new works, a few favorite more traditional roles include Annie Sullivan from The Miracle Worker, Lizzie from The Rainmaker, Karen from Dinner with Friends, Marjorie from Extremities, Isabel from Romance In D and Bonfila from Slavs. Alex studied acting in San Francisco & London and has a BA in Theatre from Hamilton College.